The experts we work with

All our content has a scientific basis and has been developed in coöperation with industry experts. Please let us introduce you to our expert authors!

Rick van Emous was born in Putten were he also spent his childhood on a farm with dairy, sows and broiler breeders. He graduated in 1990 as a Bachelor in Animal Production and worked as a research assistant for two years at the Poultry Research Center ‘Spelderholt’. Thereafter he joined Cobb-Europe for five years as a technical-commercial adviser. From 1998 he returned as a researcher at ‘Spelderholt’. Here he worked first with laying hens and from 2003 onwards, he focused on broiler breeders. In November 2010, he started his PhD (Feeding the modern broiler breeder) and graduated at 6 February 2015. Currently, Rick is working as a Senior Researcher Poultry at Wageningen Livestock Research intensively with breeders in relation to many topics as nutrition, husbandry, welfare, housing, etc.

For more than fourty years, mushrooms have formed the natural habitat of Mark den Ouden. His rich experience justifiably makes him an acknowledged authority in mushroom growing. There is no standard roadmap to successful mushroom growing and there are various routes that lead to optimal results. The most important question is what is the best choice at any given moment. The answer can be different every time. This means that mushroom growing also involves using your intuition. Mark combines this instinct with his expertise and experience and has already solved countless issues in composting and mushroom growing. Mark's training courses and consultancy work also contribute to this never-ending learning curve. Mark committed his wealth of knowledge to paper, which resulted in Mushroom Signals.

animal husbandry in a practical fashion. He was born and raised on a traditional

mixed farm where he grew up taking care of pigs. ‘After three years in veterinary

practice, I began to focus on knowledge transfer and consulting.’ With his

international pig vet. He is also passionate about pig breeding and has a special

preference for pork with an old-fashioned flavour. After trying many breeds,

Scheepens settled on the Berkshire. ‘My five-year goal is to have as much Duke

of Berkshire pork on the shelves as there is organic pork.’ He believes in having

respect for pigs, enjoys raising them and is called 'the pig whisperer'.

Sander Lourens has a solid background in incubation and hatchery research, that started in 1998 at the Centre for Applied Poultry Research ‘Het Spelderholt’, now part of Wageningen University Livestock Research, The Netherlands. His PhD and most of his research projects aimed to improve incubation conditions not only to improve hatchability and chick quality, but also technical and economic results in the broiler meat chain. He published the first papers about the importance to control embryo- and eggshell temperature, showing the impact of uncontrolled temperatures on poultry chain performance. Furthermore, he addressed the importance to control chick temperature as well to optimise survival and offspring performance. Already in the year 2000, the first experiments about floor- and farm hatching and early feeding were performed. Since 2018 Sander works at the Aeres University of Applied Sciences in Dronten in the field of poultry research, training and education. He also established hatchery consultancy company www.hatchability.com to inspire hatchery companies around the world on how to improve results.

Wim Tondeur is a poultry veterinary consultant and trainer. He studied at the Veterinary Faculty at the University of Utrecht and started as a veterinary practitioner for five years in a large animal practice (1978-1983).He has been a senior trainer and veterinarian at Barneveld College in the Netherlands (1983-1998), a training coordinator for meat inspectors and official veterinarians (1993-1998) and chief technical advisor at the joint Dutch-Vietnamese training and research center near HCMC (1998-2003).

Currently he is an independent trainer and consultant. In the past 8 years he visited more than 100 poultry abattoirs in Europe, Middle East, South Africa and Asia. He developed a model on carcass lesions scoring for research and benchmarking purposes.

Piet Simons, former researcher at the Spelderholt Poultry Research Centre, received his PhD from Wageningen University in 1971, and was secretary/treasurer of the Dutch branch of the World’s Poultry Science Association from 1977 to 1991 and president up to 2002. He is an honorary past president of the World’s Poultry Science Association worldwide, and was also secretary general for twelve years. In 2006 he received the McDougall Medal for his exemplary services to WPSA. In 2008 he was honoured to be selected for the International Poultry Hall of Fame (IPHF). Piet is currently president of the Foundation for Promoting Poultry Science and the ambassador of Dutch Poultry Centre in the Netherlands.

Marko Ruis studied biology and has been employed as a researcher at Wageningen University and Research Centre since 1994. He gained his PhD through research into fatteners. His sphere of research is the health, welfare and behaviour of poultry and pigs. Marko considers knowledge transfer to livestock farmers and ‘green’ education to be of the utmost importance. ‘There is knowledge in abundance, but it is often not widely available or easy to understand. A researcher knows how to track down the knowledge, which then has to be tailored to fit’.

Jos Heijmans works as a veterinarian specialised in poultry health at the Animal Health Service (GD). He has also been a part time guest lecturer at the Faculty of Veterinary Medicine in Utrecht since 2003. Poultry still fascinates him, even after 23 years. Communicating information is an important part of his tasks at the GD: ‘Combining my passion for language with my wide experience in poultry health has enabled me to make many contributions to articles and poultry trade journals. Translating scientific insights into practical application is central here.’

Koos van Middelkoop has a wealth of experience in the poultry sector, in theory and in practice. After starting his career at Het Spelderholt Institute, he was employed as a geneticist in the commercial sector for 13 years before returning to the arena of research at the Animal Sciences Group. Since 2003, he has worked as an independent advisor. ‘The differences between animals, and the hereditary aspects in particular, still intrigue me. In my approach I always take the animal as my starting point.’ He currently works all over the world.

Monique Bestman studied biology at Wageningen University, with a particular focus on animal behaviour. She has worked for the Louis Bolk Institute for 10 years conducting research into the ealth and welfare of layers. She frequently visits poultry farms, has written various publications for poultry farmers and contributes to national and international study groups and conferences. In the past few years she has devoted a lot of attention to rearing as, according to Monique, ‘What is learned in the cradle is carried to the grave, a fact that is often underestimated’.

Maarten De Gussem graduated as a DVM from University of Ghent Veterinary School in 2000 with a thesis on Infectious Bursal Disease Virus at the University of Arkansas, USA. He began working in the field at DEGUDAP group practice in France, The Netherlands and Belgium, dealing with layers, breeders, broilers and turkeys. In 2001, Maarten joined the division of J&J Global Poultry Technical Manager at Janssen Animal Health, with focus on coccidiosis, gut health, helminthosis, histomonosis and red mite.

In 2009, Vetworks was founded by Maarten, servicing the poultry industry with a global team of specialists and providing support on poultry health topics all over the world, with focus on mycoplasmosis, general gut health and coccidiosis.

Besides his work at Vetworks, Maarten is also an academic adviser at the Faculty of Veterinary Medicine at Ghent University. And a member of scientific committees of Poultry Mycoplasma Conference and of IHSIG Conference on Poultry Intestinal Health.

Edward Mailyan graduated from the Veterinary Department of the Agricultural Faculty of the Peoples' Friendship University of Russia in 1998. In 2001 he received his PhD degree. Edward started his poultry career as a veterinarian-microbiologist at Golitsynskaya Poultry Farm. In the years after he worked as head of the Poultry Veterinary Service of Agro-Industrial Complex Mikhailovskiy. In 2005 he started at Trouw Nutrition International as senior poultry specialist and later as Deputy Technical Director. Since 2015 he is director Live Turkey Production at Damate Group. He also contributed to the Russian editions of several books in the Poultry Signals series as a translator and editor. 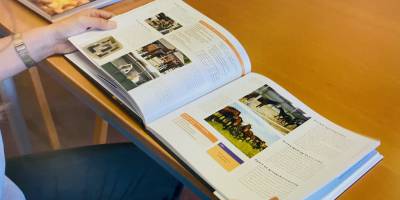 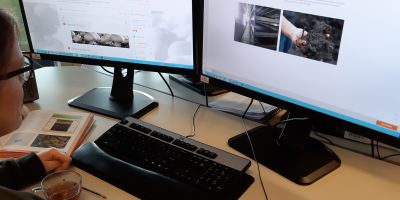 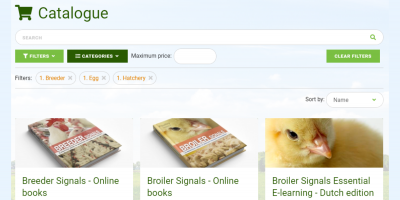